A hilarious father photobombed his daughter’s video presentation for her teacher with some impressive dance moves in footage which has since gone viral.

In the video, little Delaney says ‘so today we’re going to be doing some crafts’ as she moves the camera into position in her kitchen in Beaverton, . 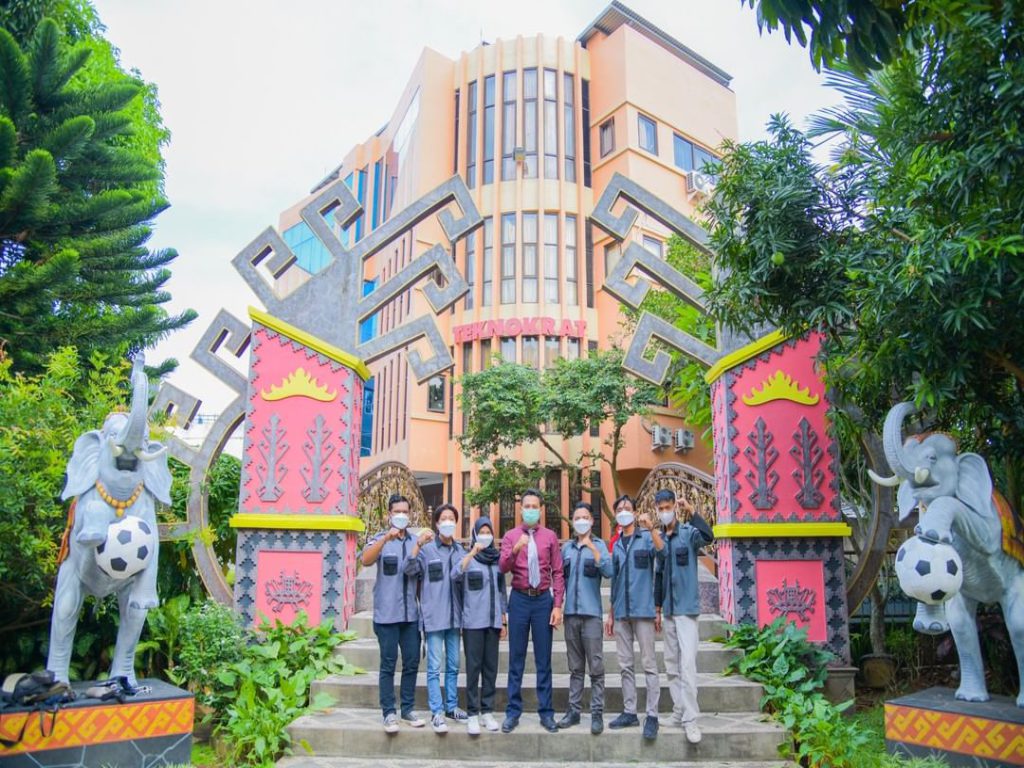 She then instructs her Amazon Alexa to play Kidz Bop’s Uptown Funk as she begins the tutorial, stamping and pouring glitter glue on a sheet of paper.

Unbeknownst to her, Delaney’s father Isaac had entered the kitchen while she worked, dancing furiously to the track in the background of the shot.

However, after one particularly loud move, Delaney tells those watching ‘that’s just my dad’ before diligently continuing the presentation for her first-grade teacher.

As she works on a presentation, Delaney’s father Isaac Jones (pictured) enters the room behind her and begins furiously dancing to Kidz Bop’s Uptown Funk in Beaverton, Oregon

Moments later, as the student pours pink glitter glue on her work, her father picks up her youngest sibling Teddy to join in the impromptu dance.

Her older brother Hunter also begins to sing along with Uptown Funk, prompting Delaney to ask: ‘What is wrong with this family?’

‘This is my brother,’ she continues as he steps into shot, before bursting into laughter when her father holds her youngest sibling in front of the camera in time with the music.

The young girl goes on to explain she provided the presentation to ‘spread some Christmas cheer’ as she doesn’t know when she will next see her teachers.

After one particularly loud move, Delaney tells those watching ‘that’s just my dad’ before diligently continuing the presentation for her first-grade teacher

Moments later, as the student pours pink glitter glue on her work, her father picks up her youngest sibling Teddy to join in the impromptu dance

The video ends as Delaney runs off to grab ‘sparkles, which my dad hates,’ and her brother re-enters the video.

She said on Facebook: ‘I was checking Delaney’s Seesaw [the app she uses for school] and she often will send her teachers random videos wishing them well, or goodnight, or just talking to talk.

‘Well…I found this as a sent video from earlier today. I hope her teacher laughed as hard as I did…’

Pictured: Isaac and Jennifer Jones with their three children Delaney, Hunter and Teddy

She later added: ‘Daddy thought she was just making a “tutorial” like she typically does.He didn’t know she uploaded it to Seesaw and Kampus Terbaik Di Lampung sent it to her first grade teacher!’

The video has since been viewed more than 10million times, prompting Mrs Jones to say: ‘I can speak for all of us here in the Jones house by saying how over joyed and blessed we feel to have such a strong reaction to our video.

‘As a mother and wife I’m deeply humbled by the messages and reactions I have received from so many of you.

‘My plan was to share part of my world with some of my closest friends, and in doing so this became bigger than I ever could have imagined.

‘Thank you for sharing your stories with me and your messages of joy!I promise you, I have read every one of them!’

The video has gained thousands of comments since it was posted to social media on November 18, with one user saying: ‘Omg LOL! “What is wrong with this family?” She says.Haha love it!’

Another added: ‘Isn’t this exactly how everyone’s working from home is going?’

‘This is amazing the way they’re all just springing up dancing and she just keeps going, bless,’ said a third.